Are there compatibility issues with LVDS compliant drivers or receivers?

There should be no compatibility issues with the 7 series LVDS and LVDS_25 inputs and outputs, when interfacing with LVDS-compliant drivers and receivers.

The TIA/EIA-644 LVDS standard specifies the minimum and maximum differential and common-mode voltages for LVDS compatible inputs and outputs for compliant devices.

If, for any reason, another device is not compliant with standard LVDS (TIA/EIA-644), the designer may be able to alter/modify the board termination schemes to obtain compliance to the driver and receiver specifications.

When interfacing using LVDS in the High Performance bank, you can refer to this checklist to ensure that the signaling will work. 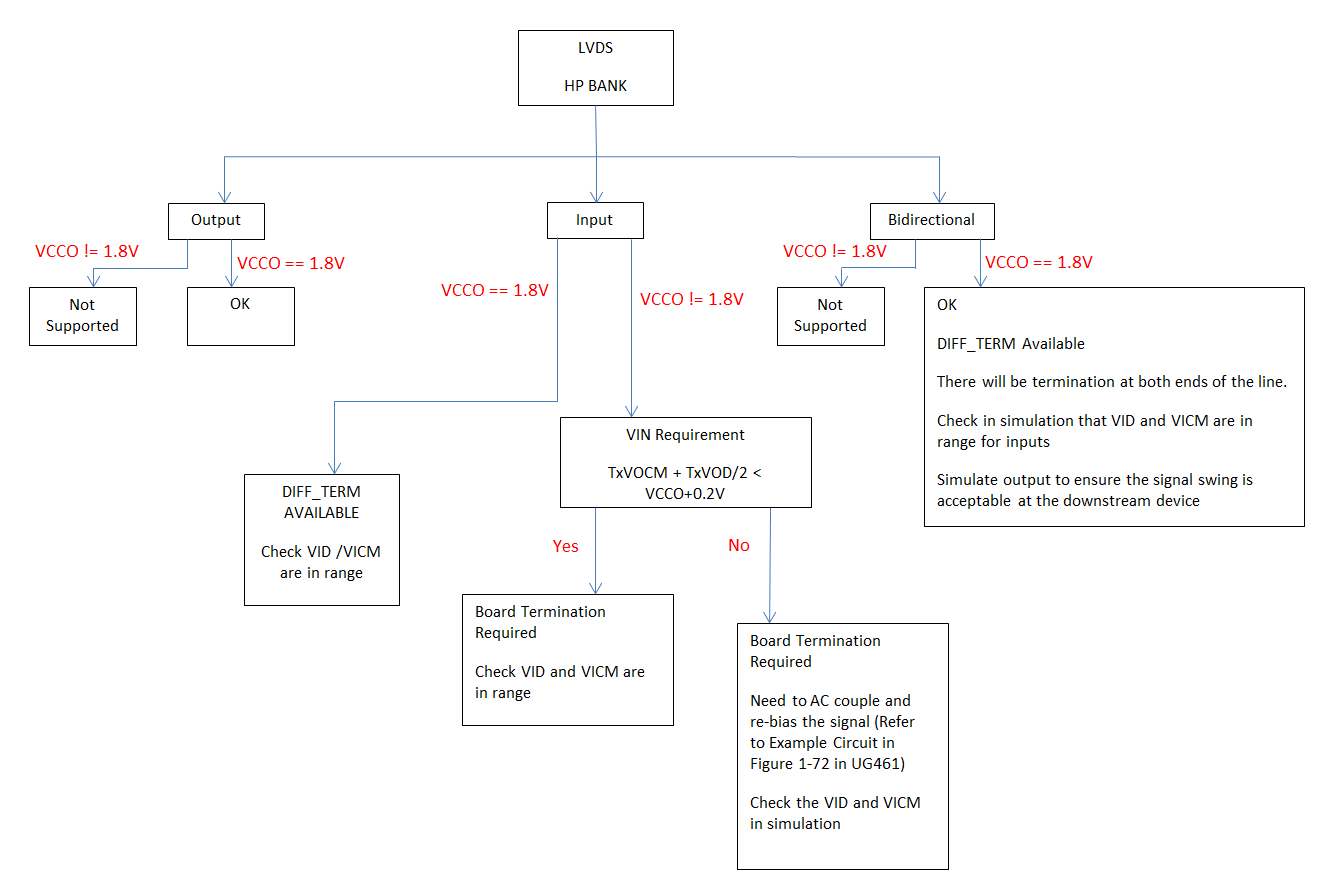