Attribute and port updates that need to be made in the GTH wrapper for production silicon:

The following timing diagrams illustrate the initialization sequence that should be followed after either power up or a GTHRESET has been issued to the transceiver: 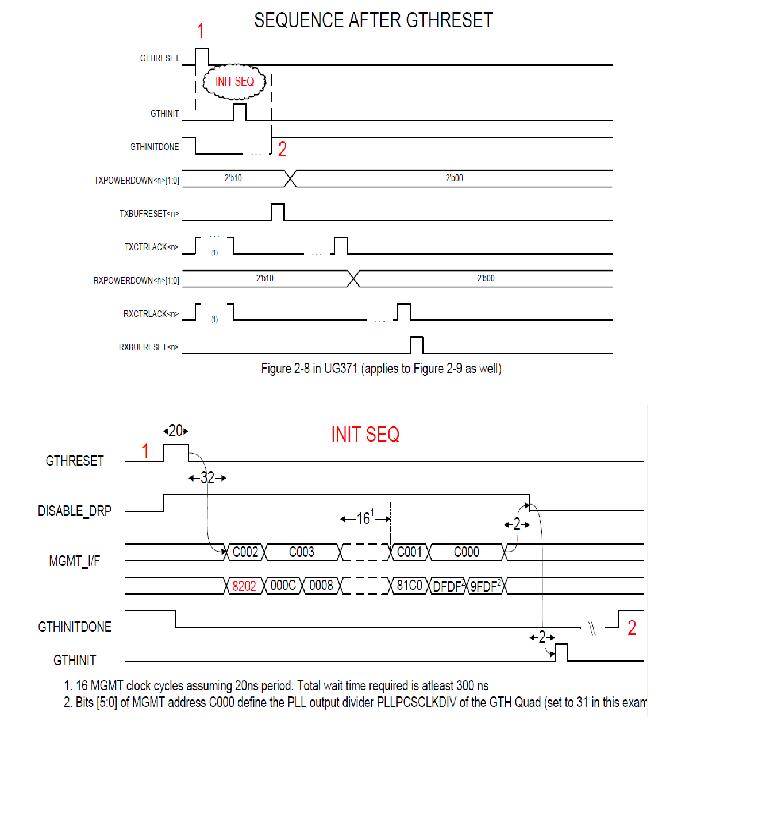 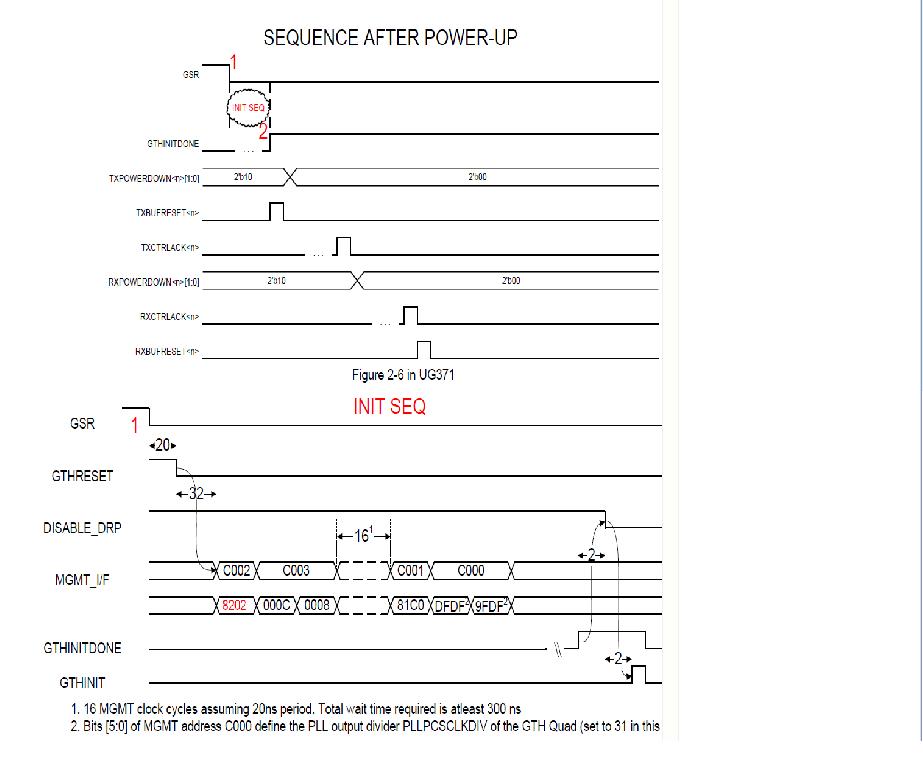 An early version of the initialization code for production silicon that is generated by the Wizard is available in the links below.