When I open the Xilinx License Configuration Manager (XLCM) in ISE Design Suite 14.6 or Vivado Design Suite 2013.2, the HOST ID Matches column is shown as No. However, the host ID in the license file is correct.

Why is this happening?

The license information listed in the report_environment output (Available in Vivado 2013.3) also lists HOST ID Matches column is shown as No. 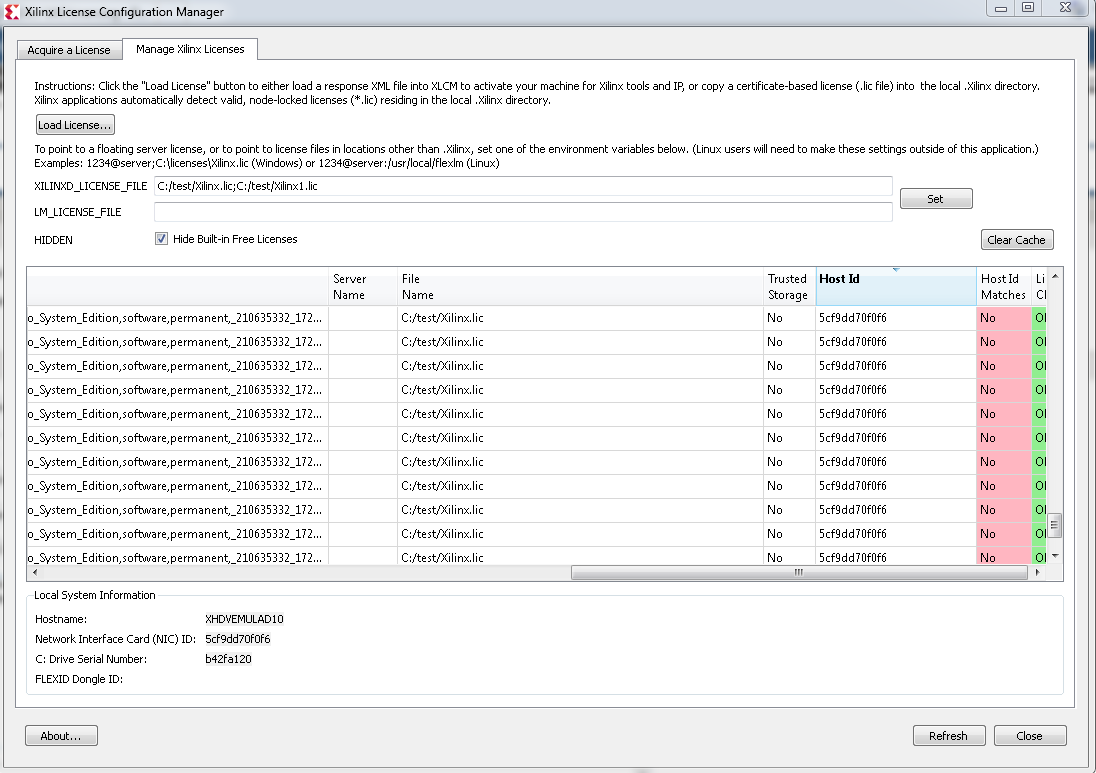 This is an XLCM reporting problem (i.e., the license works correctly). This happens when node-locked license is locked to a dongle flex id, NIC ID, or Disk Serial Number. A Change Request has been filed to address this issue.

The HostID Matches column is also listed as No for floating licenses. In most cases this is true since the HostID will match the license server and not a HostID available on the client machine. However, for a floating license, this field is intended to be left blank.